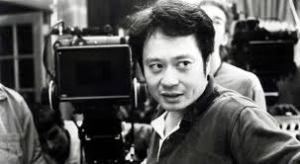 Internationally acclaimed film director Ang Lee is a good example of a transnational artist whose sensitive and intense films appeal to audiences across cultures. Lee was born in Taiwan in 1954 and moved to the United States in 1979. He received a B.A. in theater from the University of Illinois at Urbana-Champaign and an M.F.A. in film production from NYU’s Tisch School of the Arts, where he was a classmate of Spike Lee. His first major films explore generational and cultural differences within Chinese families in the modern world: Pushing Hands and The Wedding Banquet focus on the experience of Taiwanese Americans in New York, while Eat Drink Man Woman, also about family relationships, is set in Taipei. These three, which have been referred to as Lee’s “Father Knows Best” trilogy, garnered numerous awards and nominations in Taiwan, Europe, and the United States, propelling Lee onto the mainstream Hollywood scene.

With 1995’s Sense and Sensibility, Lee took on a successful adaptation of a classic Jane Austen novel, with an Oscar-winning screenplay written by Emma Thompson. His next two films, The Ice Storm and Ride with the Devil, were uniquely American stories that were less popular at the box office (although praised by critics); he came back into the spotlight with Crouching Tiger, Hidden Dragon in 2000. An epic and visually spectacular wuxia (martial arts and chivalry) story, Crouching Tiger won the Academy Award for Best Foreign Language Film and became the highest-grossing foreign language film ever released in the U.S.

Lee went on to tackle a big-budget superhero movie (2003’s Hulk), and in another change of pace released Brokeback Mountain in 2005, which once again brought him huge international success and accolades. With Brokeback, Lee became the first person of Asian heritage and the first non-white person to receive the Academy Award for Best Director. He returned to Chinese themes with Lust, Caution in 2009, then back to America with Taking Woodstock, and won another Best Director Oscar in 2012 for Life of Pi, adapted from a novel about a teenage boy from India adrift in a lifeboat with a Bengal tiger.

Rather than being purely biographical, this blog post is meant to show that Lee’s distinctive style and versatility, as demonstrated in the diverse subject matter of his films, renders his work universally enjoyable. Lee’s films effectively portray the human experience in his country of origin, the one he currently calls home, and others. Dealing with conflicts between East and West and between generations as well as with themes of forbidden love, religion, and revenge, Lee approaches emotion with a masterful hand, crossing linguistic and cultural boundaries and earning the appreciation of audiences around the world; he remains one of my favorite directors.